POSTED ON OCTOBER 10, 2018 BY KIM N
Image may be subject to copyright 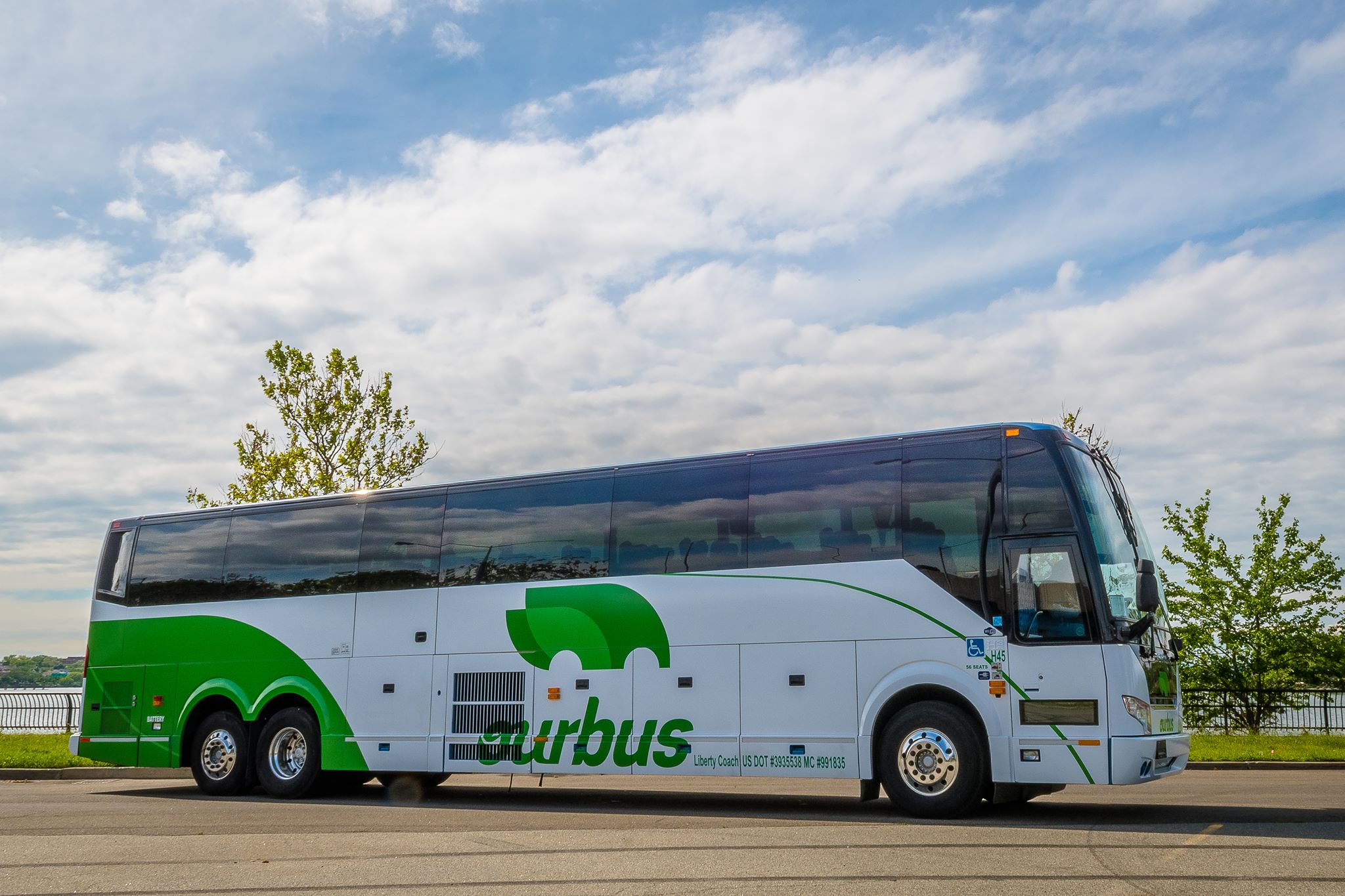 You may not know, that I (Kim) was briefly a mystery shopper, evaluating lots of different budget to high end food, fitness and clothing establishments. So forgive my tone if it's overly evaluative as I discuss OurBus in today's blog post. If you've visited Tenwood Lodge in Ithaca, been reading our website or following our blog, Facebook page, Instagram or Twitter, you may know that Tenwood Lodge is a family run business owned by a couple who, until very recently, lived half in Ithaca, half in Queens. Yes, there was a large amount of misery associated with this, since Kim was running the B&B or preparing the house for Vacation Rental and Family Reunions while Russ was weekdays teaching Agriculture in Queens and working, hunting, enjoying Tenwood with Kim on the weekends. Needless to say, commuting 4-6 hrs each way gets old and we tried to minimize the time and costs as well as ride together as much as possible. This meant that our kids and I often took buses between NYC and Ithaca for work, school or family visits.
Over a year ago our daughter was traveling to NYC to run in a 5K and she told me about this great new bus that was under $30 one way: OurBus.com. Since then I've taken OurBus about a half-dozen times and I've found it to be a consistent price of $25-$35 for most of my needs, plus I don't have to do the "MegaBus shuffle" of hopping off and then on again at Binghamton to get my ticket issued like I had to with MegaBus. OurBus even provided their own bottled water on board for riders. Generally I notice there is only 1 scheduled trip each way, as opposed to MegaBus/CoachUSA which has many daily bus rides. The advantages (should my schedule be flexible enough to mesh with that of OurBus) is that OurBus makes only 1 stop between Ithaca and NYC (in Binghamton), not the multiple stops of Bing/Monticello/Ramsey. The buses on my route seem to all be mostly Martz Bus Line and they have all been in very good clean condition. They have never broken down with me either (like the 2 breakdowns on the road I've experienced with other bus lines). The drivers have all been excellent. This is similar to the Ithaca Platinum Express ($50 one-way) but with a lower price tag. I've never done the other express buses, but Cornell's bus is hugely expensive at $85 and up and the Big Red Bullet has never worked into my schedule, plus it seems to be $55 and up.

So if you aren't aware of the #rideOurBus option for another way to travel between Ithaca and NYC/PABT, check it out! We often have guests coming in a group from the NY Metro area, if you and your group decide to visit and some of you can get the day off to come for early check-in to but one poor soul has to work, consider having that straggler come up by OurBus! The early group comes by car, beats the traffic and maximizes their time at Tenwood Lodge and visiting Ithaca. Then later on the early arrivals pick up the other person in Ithaca near the Commons when they arrive via OurBus !

BOOK YOUR STAY AT TENWOOD LODGE
IN ITHACA NEW YORK